After 3 years at university and then the Army, I was newly married and working in the city of London. I felt the call of the country and left London for the Royal Agricultural College at Cirencester to qualify as a Land Agent. I spent seven years in Shropshire, where I qualified as a Rural Chartered Surveyor. I was then invited to start an Estate Agency Department for Knight Frank & Rutley.

As a Cornishman, the West Country eventually called and, in 1985, Jackson-Stops and Staff asked me to open an office for them in Exeter. This was a great success and I was subsequently head hunted by Knight Frank in 1991 to h 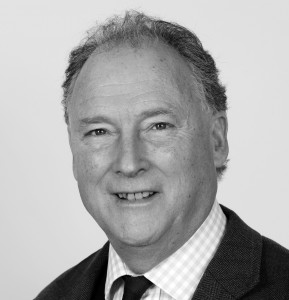 ead their newly opened Exeter office. By 2001 I had expanded this to four departments. I left Knight Frank to open an office in Exeter for Savills, as their only franchise. It was so successful that Savills chose to buy out the franchise in 2004 and the office expanded to seven departments, employing 38 people by 2007.

I have been involved in the sale and purchase of houses, farms and estates, inland or on the coast and estuaries, of South West England since 1985. Having worked for major national and international estate agencies, I know how they operate so I can help you instruct the best one for your particular property. All firms are different in their approach to selling and buying, be it their technology, experience, or personality. Different properties require different balances of all three.

Costs and fees are a major factor to firms and agents and it is vital that these are tailored to your needs and that they offer good value for money.

In boom and recession I have had nothing but positive results. It is this lifetime experience of buying and selling all types of residential and agricultural properties that I now want to share as an Independent Adviser.

Now that the 31st March deadline has passed, the increase of 3% on all second home purchases is an unavoidable reality. The hiatus created in the rush to exchange contracts before the deadline is finished …
Read More